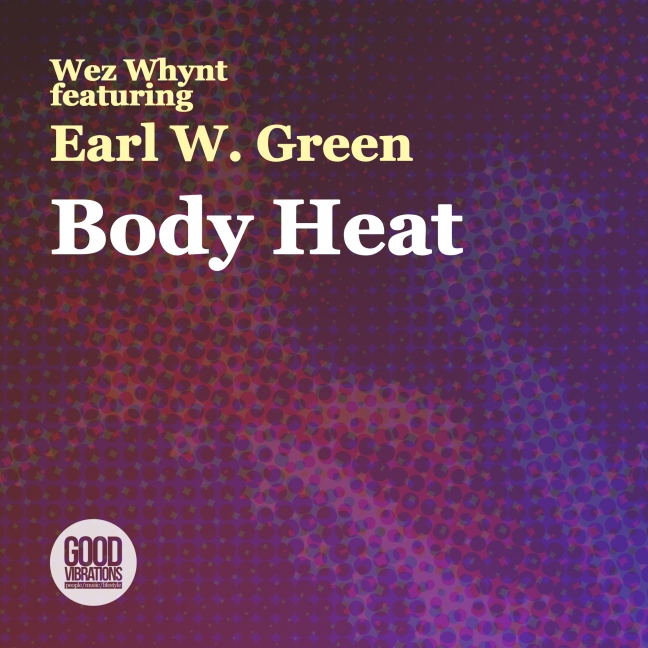 With summer in full swing, Good Vibrations Music has decided to offer up something suitably sunny and soulful: a label debut from fast-rising producer Wez Whynt and vocalist Earl W Green.

Although he’s been a fixture on London’s soulful and vocal house scene for two decades as a DJ, the Deep Secrets resident is relatively new to music production. His tracks have already caught the ears of some major players though, with DJ Spen loving the producer’s debut track “Love’s Taken Over” so much that he released it on his Quantize Recordings label.

For the follow-up on Good Vibrations Music, Whynt has joined forces with South African vocalist Earl W Green, whose effortlessly slick and soulful voice has been heard on countless quality releases over the last decade.

“Body Heat” is a beacon of musical positivity in troubled times. Built around U.S garage-influenced drums, warm bass, bubbly electronics, undulating synthesizer lines and hazy chords, the original version features Green delivering tender and emotional lyrics with all the style, passion and panache you’d expect from someone of his experience and talent.
As the track progresses, Whynt introduces a series of extended organ solos played by Ziggy Funk, a prolific, London-based DJ, musician and producer with releases on BBE, MN2S, Defected and Soul Heaven to his name.

Ziggy Funk’s superb synth-work, which sits in the background on Whynt’s fine vocal version, is brought to the fore on the accompanying Dub Mix. It’s a warm, rolling and bass-heavy affair that offers knowing nods towards some of the producer’s musical

heroes – think Spen, Karizma and Todd Edwards in particular – via a chunky, beefed- up groove, selected samples of Green’s killer vocal, and layered synth and electric piano parts that sound like they’re leaping from the speakers to get your attention. It’s an excellent alternative version for these DJs who like their house music soulful, weighty and bumping.